The Mosta Dome is perhaps the most impressive church in Malta, with its massive rotunda, that is the third largest in the world. The Mosta Dome church was built in 1860, and it is dedicated to the Assumption of Our Lady. During the Second World War, the church was almost destroyed when, during an air raid, a 200kg bomb fell through the dome but didn’t explode. All the 300-people attending morning mass were left unharmed. On the 9th April, 1942, the detonator was removed and a replica is now on display inside the church as a famous tourist attraction. The Mosta Dome, or Rotunda took 27 years to build and was designed by a French designer who resided in Mosta, George Grognet de Vasse. Mosta’s festa, that of St. Mary or the Assumption of Our Lady is celebrated annually on the 15th of August. 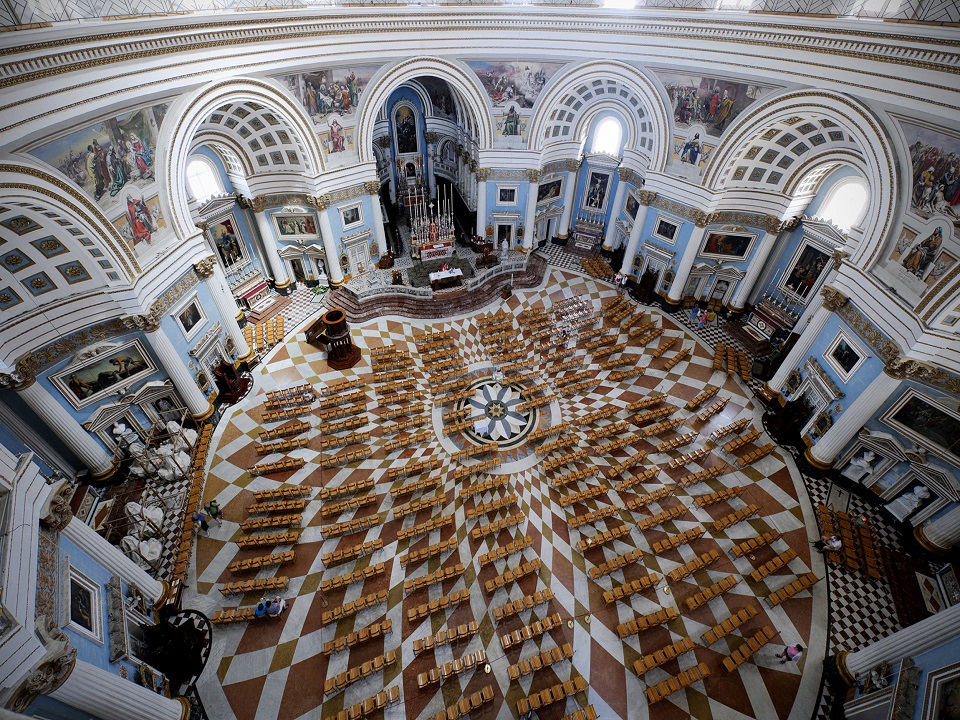