Valletta
Valletta
Vote for us:
Museums and monuments

Fort St. Elmo is the last fortification in Valletta, standing at the edge of the peninsula that separates Marsamxett Harbour from the Grand Harbour, and at the same time overseeing their entrances. Before the time of the Knights in 1530, this point featured a watchtower. This strategic site was reinforced after the Dragut Raid of 1551, and by the time of the Great Siege of Malta in 1565, this fortification had been comprised a modest star fort. Fort St. Elmo was the scene of intense clashes during the Siege, withstanding substantial attacks from the Turks. The initial garrison of the fort was around one hundred knights and seven hundred soldiers, including around four hundred Italian troops and sixty armed galley slaves. The garrison could be reinforced by boat from the forts across the Grand Harbour at Birgu and Senglea. The Fort endured the siege for more than a month, but it fell to the Turks on 23rd June, 1565. Although the fort was completely destroyed in bombardments, it was later rebuilt and reinforced, becoming partially entrenched in Valletta’s city walls. From the mid-20th century onwards, Fort St. Elmo accommodated Malta's police academy and the War Museum also occupies a part of the fort. Fort St. Elmo was used in a scene as a Turkish jail in the internationally renowned film Midnight Express. 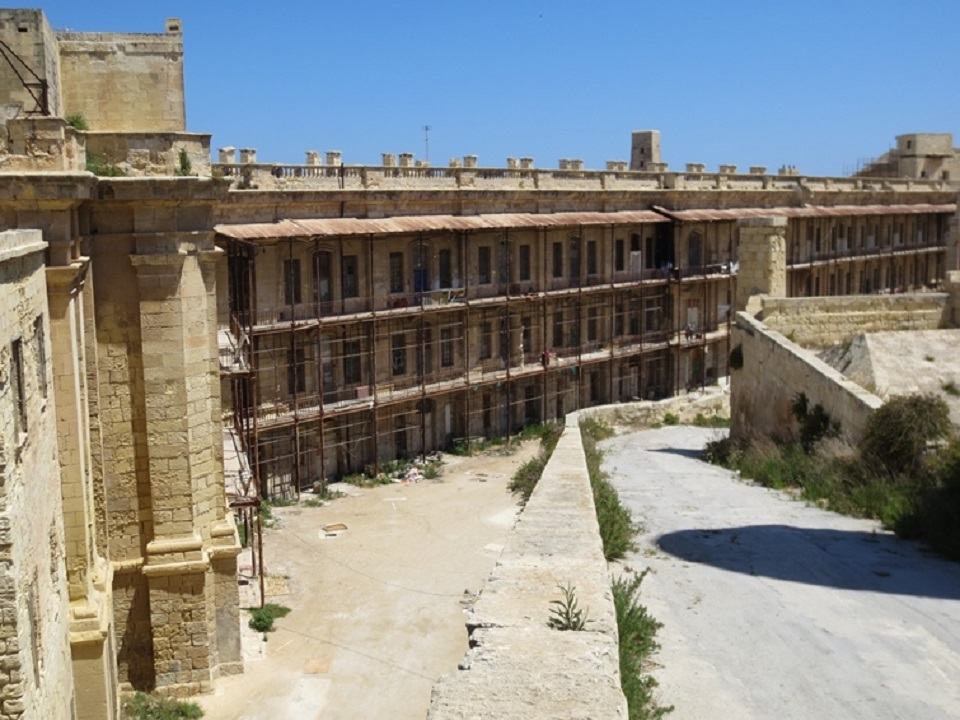