The Tarxien temple is located few hundred metres away from the Hypogeum. Made up of 4 distinct units, Tarxien housed the richest deposit of prehistoric art objects. Tarxien’s first unit was constructed in the Ggantija phase (c. 3600-3000 BC) with a characteristic five-apsed plan. It is physically separate to the 3 other units, which are united by an outer wall. The final unit was constructed in between the 2nd and 3rd units, which then created an elaborate temple plan consisting of three pairs of apses symmetrically disposed along the long axis leading the visitor from the entrance to the South Temples inner niche with its elaborately carved spirals the innermost part of Tarxien. Structures in Tarxien demonstrate not only great precision in construction, but also the principles of the vertical arch and the domed ceiling. 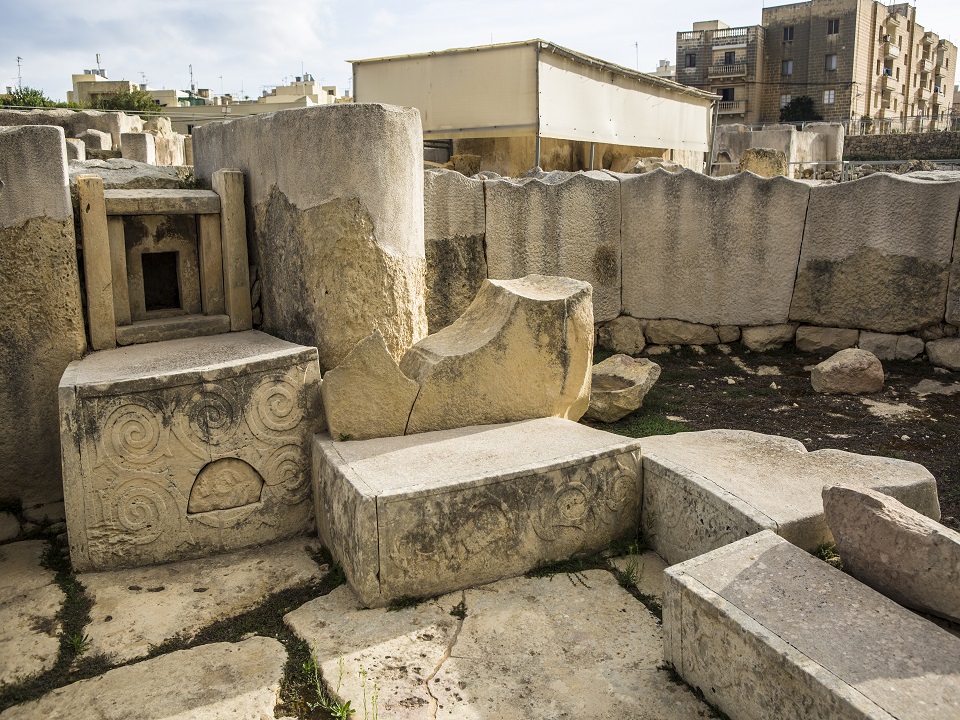