A UNESCO World Heritage site, the Hal Saflieni Hypogeum close to Paola, was probably a sanctuary originally, that became a necropolis in prehistoric times. It appears that the Hypogeum was first in use around 3600 BC when some natural cavities were used as a repository for the bones of the dead.

As the cavities filled up, new chambers were cut progressively deeper into the rock. Parts of the cavern system were skillfully carved in a clear imitation of the temple architecture built above ground. It has been calculated that around 7,000 persons were buried at the Hypogeum, century after century.

The Hypogeum consists of halls, chambers and passages hewn out of the living rock and covering some 500m². The rock-cut chambers are of diverse shapes and sizes and finished in different standards of workmanship. The complex has three levels: the upper level (3600-3300 BC), the middle level (3300-3000 BC), and the lower level (3000-2400 BC).

The deepest room in the lower level is 10.6 meters under the surface. To ensure its conservation, the site's microclimate is strictly regulated and for this reason, the site is open to a maximum of 80 visitors each day. If you want to visit the Hypogeum during your stay in Malta, you have to book ahead as tours are full up to weeks in advance. 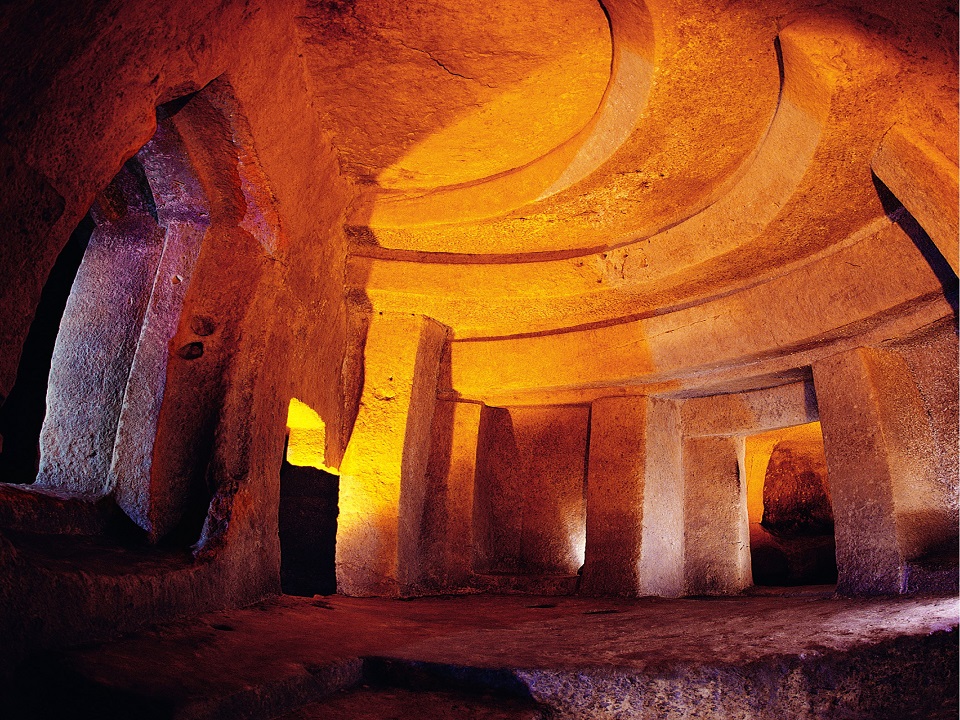